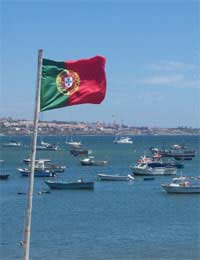 Portugal has increased in popularity over the past decade or so as a place to retire as more Brits have chosen to take holidays on the Algarve on the Mediterranean coast as an alternative to the Costa del Sol. However, Portugal has a lot more going for it than just the Algarve.

Broadly speaking, there are two different climates in Portugal. Northern Portugal’s climate is more connected to that of the Atlantic Ocean which means that for those who don’t particularly like it too hot and sultry, it’s ideal as the temperature is reasonably moderate year round meaning it generally doesn’t get too hot in the summer but it can occasionally get quite cold in the winter in some northern regions.

Its most popular coast, the Algarve, however, is situated along the southern part of the Portuguese coast where the weather is heavily influenced by the Mediterranean so expect scorching temperatures over the summer months and milder winters.

Portugal is rich in history and a lot of the major cities pay homage to that fact. If you enjoy your Old European history, you’ll certainly be fascinated by the likes of Lisbon, its capital city, for example. Down on the Algarve however, its culture tends to reflect its weather.

If you’re a golfer, you’ll enjoy some of Europe’s finest courses and there are plenty of them. The Algarve is also home to some of Europe’s most expensive yachts and Villamoura is possibly its most luxurious marina.

The nearby town of Albufeira is probably the most popular location for expats. And, whilst you may have heard of its reputation as a bit of a ‘party’ capital, that’s mainly in the new town area which is well separated from the Old Town, the latter still being lively but much more quaint and traditional.

Retirees from any EU country qualify for the same basic free healthcare and access to treatment and medicine as is available to all Portuguese citizens and major cities and resorts on the Algarve are well catered for.

The Algarve is the most common place to seek out property for expats wishing to move there. Albufeira is probably the most popular destination although Villamoura is often preferred if you’re looking for a more ‘chic’ lifestyle.

Lisbon, Estoril and Oporto in the north are also popular places to settle if you prefer larger cities and a more traditional Portuguese way of life. On the Algarve in particular which is expanding all the time, many people choose to buy ‘off plan’.

However, like any country where you’re thinking of buying property, make sure you find someone who not only understands the law and the pitfalls but also that they speak good English. Renting first is a popular option. The further north you go and away from the major cities, the property is obviously a lot cheaper.

As Portugal has become more developed, it’s no longer as cheap as it once was and you’ll more than likely find that the cost of living is similar to that of Spain. Street markets are a useful resource to keep everyday food costs to a minimum. Obviously, if you live on the Algarve, utility bills will be cheaper because of the warmer climate.

Portugal’s supermarkets are comparable to any on the continent but smaller markets are where you’ll find the best bargains. Genuine port wine, chouricos and some fine cheeses and pastries are just some of the popular items, as well as its famous seafood dish, cataplana, and Portugal is also famous for its pottery, crystal, embroidery and other craft items.